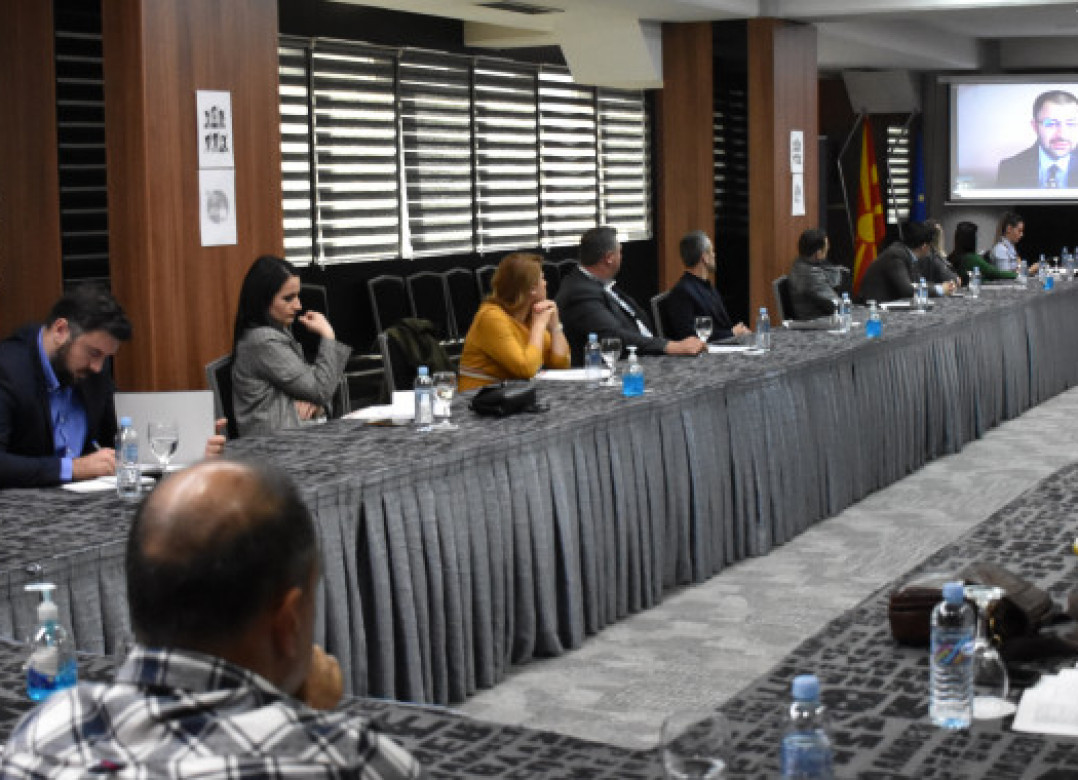 Mr. Emini and Mr. Rexhepi elaborated on the current activities of their institutions to support the municipalities, as well as their future plans and projects and expressed an open invitation to strengthen cooperation with the mayors in the process of attracting foreign investment. The representative of the partner organization Risalat from the UAE also addressed the mayors, presenting the excellent opportunities and great potentials available to them for enhancing the cooperation and economic promotion of the municipalities in the Middle East region.

51 representatives from the municipalities were introduced to the results and recommendations of the conducted research on the topic “ Economic Diplomacy: The role of the economic promoters of the investment potential of the Republic of Macedonia in the period 2004-2018”, as well as with the types of support that NETING Institute additionally provides for the local self-government units in the process of attracting foreign investors, through conducting functional analyzes, trainings for capacity building of the municipal administration, expert and digital support for economic promotion of the local investment potentials, organizing study visits and meetings with potential foreign investors at home and abroad, with a particular focus on Middle Eastern countries, etc.

Your experience on this site will be improved by allowing cookies.